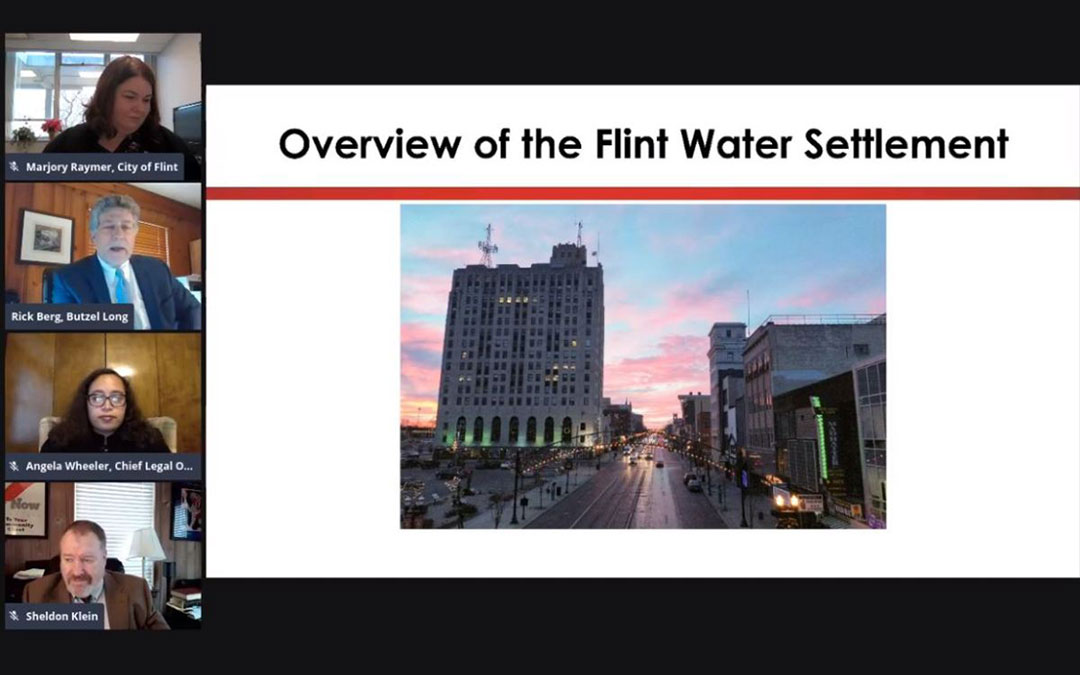 Attorneys involved in the Flint Water Litigation provided an overview of the $641.25 million water settlement November 23rd on the City of Flint Facebook page.

This information session followed the proposal of a $20 million contribution to the settlement by the city’s insurer. Flint City Council  was set to vote on the city joining the settlement at the city council meeting that evening. That vote has been postponed.

Berg presented an overview of the lawsuit settlement at the beginning of the meeting.

He shared four key points for residents to understand:

Berg said it was important for residents to make sure to get information from reliable sources.

After Berg presented an overview of the settlement, Raymer asked the attorneys to respond to questions that were being asked in the comments of the live video:

What happens next on this whole process?

Attorney Klein said the next step is for the city council to approve the settlement.

“If the city council doesn’t approve, from the city’s perspective, the settlement’s off,” he said. “To the other settling defendants, that’s not true…the train will leave the station without us.”

Next, he said the court will hold a hearing to decide whether to preliminarily approve the settlement, and let people know about it officially.

“Once Judge Levy does that, there will be a settlement notice sent out, a document approved by the court which will describe the settlement…[and] describe the choices available to you,” he said.

“The court will consider all of that before deciding whether to approve it. Assuming it is approved, then there will be your opportunity to submit your claim and provide documentation,” he said.

Once the claims are submitted, Klein said someone will review them and make sure the documentation is correct, and then the money will be paid out.

“We’re on a very aggressive schedule to make that happen,” he said.

“It’s not gonna happen tomorrow. It’s going to take a little bit of time to process the tens of thousands of claims, and give you an opportunity to understand and make your decisions.”

No one needed to file a claim yet, correct?

How much will each person get? Is it by household?

Attorney Wheeler said the amount given will depend on the claimant.

“Kind of think about it like a pie,” she said. “The more people that make a claim, the thinner each slice is going to be.”

Attorney Berg added that the plaintiff’s lawyers have built a “grading of lead injuries” into the claim system, “especially in the children’s section.”

“Those children that have the worst conditions, are going to qualify for a higher amount,” he said. “There are formulas that are built into the system that will account for the fact that the people that have…suffered the worst, will be compensated the most.”

Attorney Klein said that the system is structured so “similar situated claimants get the same amount.”

Why are adults getting 18% of the settlement funds?

Attorney Berg said during the settlement process, there was a special counsel appointed by the judge just for children and another counsel just for adults.

“Through that process, the parties negotiated at length to come up with a formula that would, based upon the scientific evidence, provide the most amount of compensation for where the greatest harm was suffered,” he said.

He presented a slide which showed that before attorney fees, the total pool of funds for adults who A) own or rent property, B) pay water bills, or C) can demonstrate personal injury due to lead contamination, is $115,470,096.

He said children don’t need to show evidence that they were poisoned if they lived in the city and can demonstrate they consumed water. Adults, on the other hand, have to have some kind of evidence.

Could you say what the attorney fees are actually expected to be?

“The plaintiff’s attorneys will be able to…make their own claim for fees to Judge Levy,” he said. “Judge Levy would be the one who decides whether or not those fees are appropriate.”

Kim said he wouldn’t expect the “standard percentages” that apply to lawsuits would occur in this case.

He said that one third has been “tossed around a lot as…the maximum amount.”

“I would not assume that that is the amount that… Judge Levy will award,” he said.

Kim said Levy will look at what the plaintiff’s lawyers submit, how much time lawyers have spent on the case, what their staffing is like, and what their contributions have been.

“She’s going to want to maximize the amount of funds that are available to provide to the people of the city,” he said.

For individuals who have died, can their estates participate in the settlement?

“There’s…a significant amount of money available for folks who have water-related Legionella, and that includes the people who died as a result, so the answer is yes,” Berg said.

What kind of documentation is needed to show personal injury?

Attorney Berg said the way residents will know what to do is by reading the material they receive in the mail.

He said once residents receive the notice, they will register to participate in the settlement and then fill out a claim submission form.

“The claim submission form is prepared and has lots of detail that sets forth what you need to do in order to qualify for any of the particular settlement categories,” he said.

Berg said it will depend on the nature of the injury, but water tests, blood tests, and bone lead tests could all be records residents could use.

Editor’s note: As of this writing the vote has not been rescheduled.

Reprinted with permission by flintbeat.com. 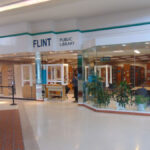