Adventures of a Flintstone in the ATL: The Museum 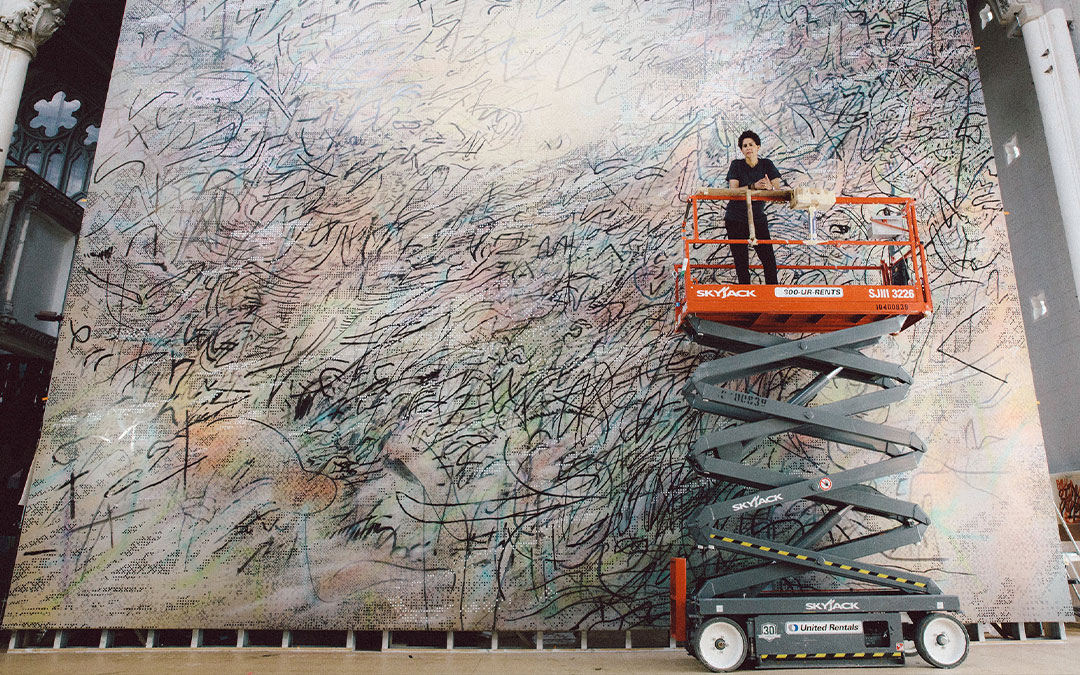 Julie Mehretu is an Ethiopian American who grew up in East Lansing.  She is now based in Harlem, New York.  She is known for her large-scale abstract paintings layered with mediums.

I am a fellow Michigander who is a winter transplant in Atlanta, Georgia.

I had the distinct pleasure of beholding her exhibit as my first in Atlanta. The exhibit’s location is the High Museum of Art-Atlanta on Peachtree Street NE.

On Sundays, veterans get to park and see the exhibits free of charge with proof of their prior service. This was a double welcome right after Veterans Day.

“History is made: one layer on top of another, erasing itself, consuming itself, inventing something else from the same thing” Ms. Mehretu states when she explains her philosophy on how she projects her art.

One of her projects is a painting that used layered materials.  She uses small engravings that look like an ossified detailed mapping of natural and manmade features. Her inspiration comes from various events that are happening at the moment.

The 2011 Egyptian revolution was one event that inspired the four-part cycle of paintings entitled “The Mogamma Cycle.” The Mogamma is named after an Egyptian government administrative building on Tahrir Square that was seen as a symbol of modernism and the country’s liberation from colonial occupation when it was first built in 1949. It was later associated with corruption and was the beginning site of the revolution.

Mehretu combined an array of architectural styles such as Mamluk, Islamic, European, and Cold War styles.  She created layered drawings with details from other public places that are associated with revolutionary change such as Red Square in Moscow, Tiananmen Square in Beijing, Firdos Square in Baghdad, among others.

In her recent works Mehretu launches daring gestural marks with an array of techniques such as airbrushing and screen printing.  The work focuses on abuse of power, protests, and current crises.  She digitally obscures, cuts, and resizes the source material before using it as the foundation for her paintings.

On the blurred photographs, she says. “More than I’ve ever felt in my lifetime here in the U.S. It’s seeping into everything.  I feel like that is what I’m trying to metabolize in these new paintings.”

I felt full and replenished spiritually after I visualized her artistry.  Like her, I am taking in the culture of Atlanta, while remaining true to Flint.

Joyce Cade-Hitchye is an author, poet, veteran, and Flintstone at Large.