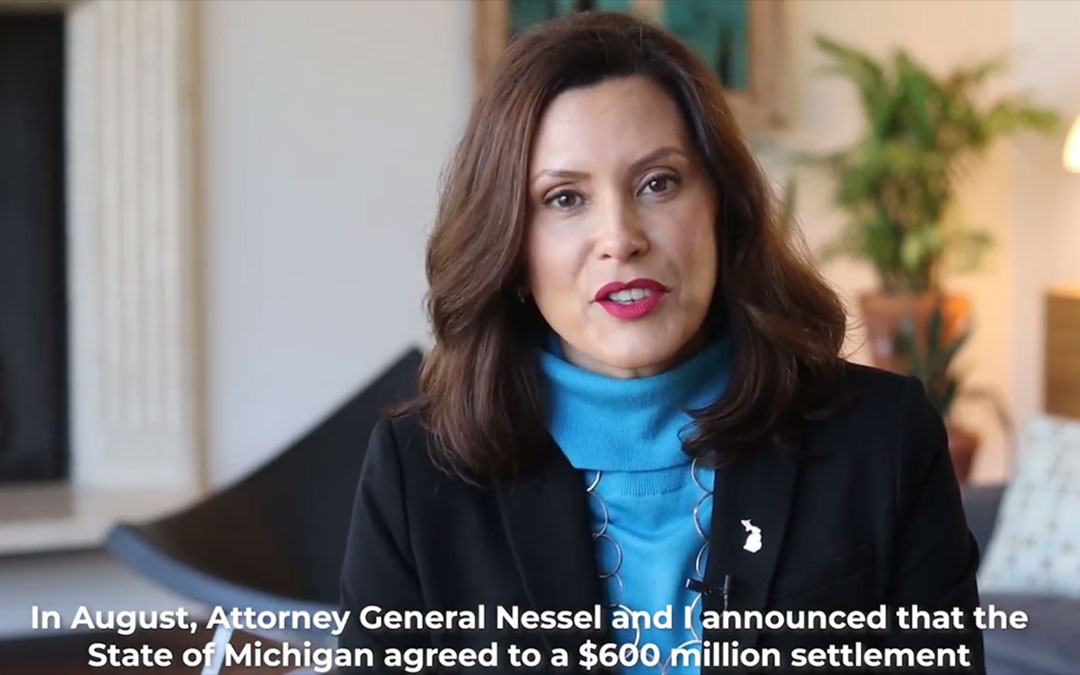 Presented to Court for Preliminary Approval

“This settlement agreement is just one of the many ways we will continue showing our support for the city and residents of Flint,” said Governor Whitmer. “The details of the proposal that have been presented to the judge are an important step forward and we are committed to helping the residents of Flint participate in this process as we all work together towards the brighter future that Flint deserves.”

The full details of the agreement between the settling parties were filed in court with Judge Judith Levy of the United States District Court for the Eastern District of Michigan. Judge Levy will review the agreement as part of a motion for preliminary approval of the $641.2 million settlement.

While the court itself will still need to make the final determination that the settlement is fair, reasonable and adequate, this is the first opportunity for the people of Flint to see all the details and assess the settlement for themselves.

On a date to be set by the court, Judge Levy will hold a hearing on the motion for preliminary approval that will be open to the public. After that hearing, Judge Levy will determine if the settlement meets certain legal standards for preliminarily approving the settlement. If preliminary approval is granted, then the process of claim registration, through which Flint residents indicate their intention to file a settlement claim, can begin.

The detailed terms of the settlement agreement filed in Court are contained in a lengthy agreement, with many exhibits, and can be viewed at: flintsettlementfacts.org.