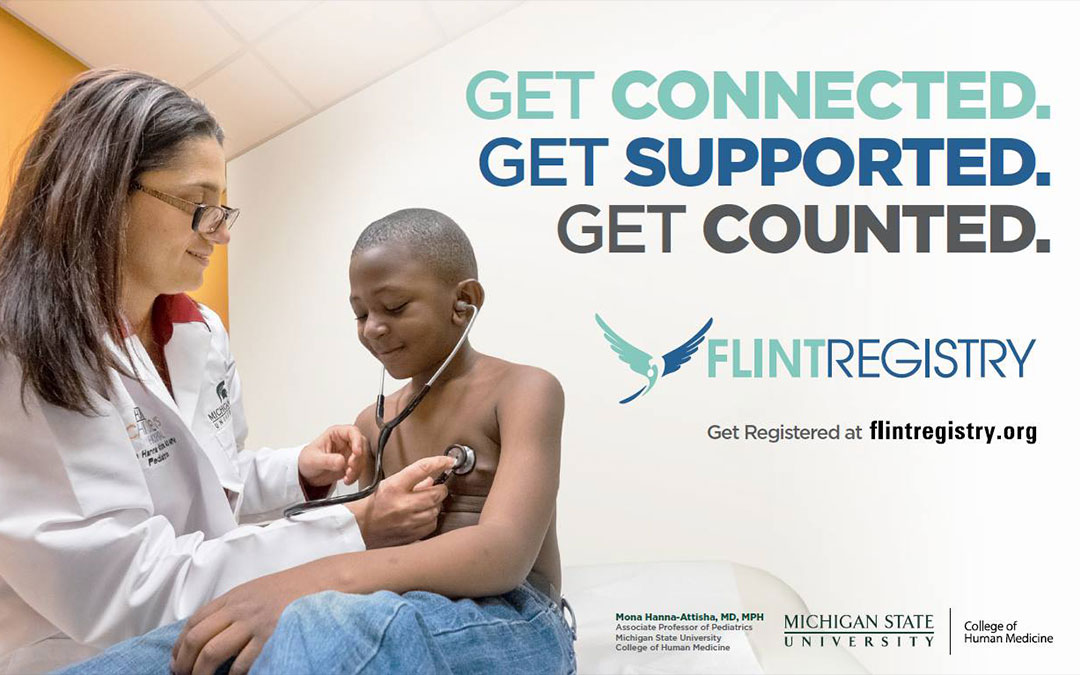 Congressman Dan Kildee, Chief Deputy Whip of the House Democratic Caucus, along with U.S. Senators Debbie Stabenow and Gary Peters announced $4.5 million in federal funding for the Flint Lead Registry as a part of year-end appropriations legislation, commonly referred to as the omnibus bill.

The Flint Registry was created and funded by Congress in 2016 in the wake of the city’s water crisis. The Flint Registry is a community-based effort to identify individuals exposed to lead during the Flint water crisis and improve their health and development through connections to health care and other resources. To date, the Flint Registry has enrolled over 10,500 people and completed over 13,500 referrals. Referrals have connected Flint families to critical services like health care, nutrition, early education, lead elimination and more.

“The Flint Registry plays a critical role in Flint’s recovery from the water crisis by connecting families to the services they need to minimize the impact of lead on their health,” said Congressman Kildee. “I am proud that Republicans and Democrats came together to fund the Flint Registry. This important public health program is critical for Flint families, especially during the ongoing pandemic. I remain committed to working with Democrats and Republicans in Congress to maintain support for this program for many years to come. It is my hope that President Trump signs this bill into law right away.” (Editor’s note: The bill was signed on December 27, 2020)

“The Flint Registry is already connecting Flint residents to the services they need and together we have made sure this important work will continue. Through no fault of their own Flint families and children have endured far too much, and they deserve nothing less than to be a top priority. I will not stop until they have the health care services and resources, they need to address the long-term effects of lead exposure,” said Senator Stabenow.

“The Flint Registry is a proven success and has connected Flint families with the lifelong access to health, educational and social services needed as a result of their lead exposure,” said Senator Peters. “I am pleased that we were able to secure continued federal support for the Flint Registry. Flint is resilient, and I’ll keep working to ensure families in Flint have the resources needed to thrive.”

“I am thankful for Congressman Kildee along with Senators Stabenow and Peters for their strong support for the Flint Registry,” said Dr. Mona Hanna-Attisha. “This federal funding will allow the Registry to continue helping the people of Flint access critical services that support their recovery from the water crisis.”

“I got my oldest daughter enrolled into the Flint Registry and she was able to get health insurance she didn’t know she was eligible for,” said Flint resident Maelores Collins. “The Registry has helped my entire family and I have been connected with them for the past two years.”

Congressman Kildee has been committed to protecting Flint families that have been affected by the water crisis. In December 2016, Congress passed $170 million in federal aid, championed by Congressman Kildee, directed at helping Flint recover from the city’s ongoing water crisis, including the resources for the Flint Registry. President Obama signed the Flint aid package into law on December 16, 2016.