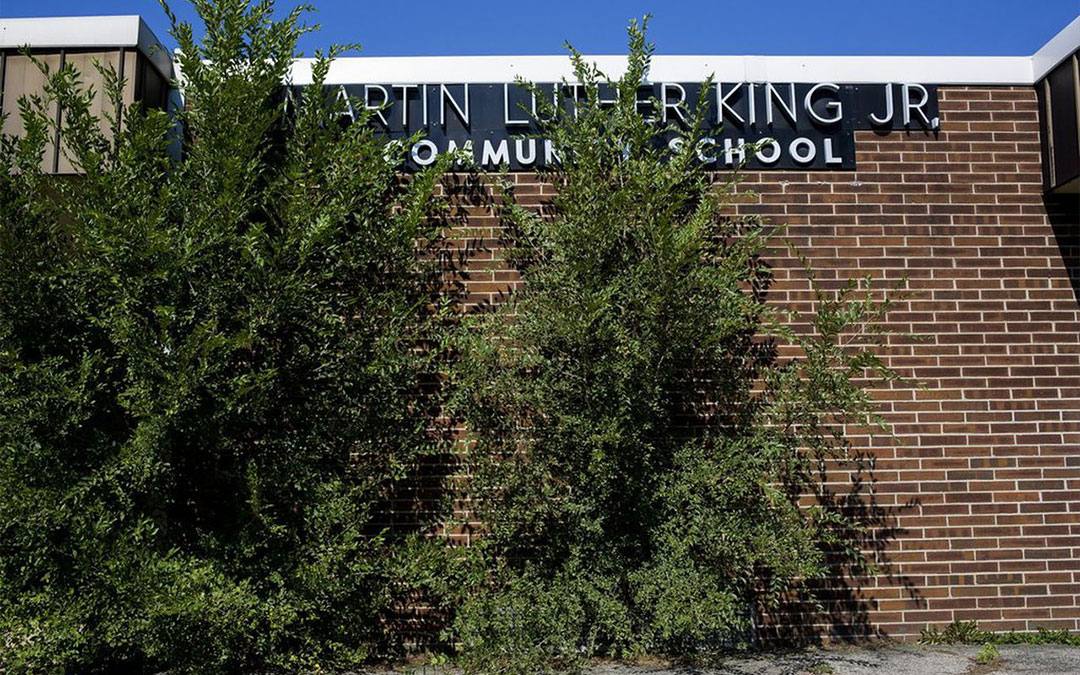 FOCOV editor’s note: This story is not without some controversy as the “plan” is an ongoing process, not completed, nor signed onto by any of the principals involved. It is a shared vision of those principals that may require some changes before implementation.

The details of a massive, several hundred-million-dollar plan to rescue Flint Community Schools (FCS) from its decades-long descent are contained within a Memorandum of Understanding (MOU) just made available to East Village Magazine from an unidentified source. The plan, titled Flint Education Continuum, (FEC) includes three levels of government, several Flint-area nonprofits, and all three of Flint’s major institutions of higher learning.

All the 17 parties named in the MOU have yet to sign the document.

Funding for the project comes from three major sources—the Charles Stewart Mott Foundation, Flint Community Schools, and the State of Michigan. With a grant, the Mott Foundation would “conditionally” match the State of Michigan’s $45 million capital appropriation for the construction of a new high school. Also, with a grant of up to $55 million to $75 million, C. S. Mott would “conditionally” match FCS’s contribution of $75 million derived from a combination of bonding authority and federal funds.

In the MOU, C. S. Mott additionally commits to another $100 million ($10 million per year) over 10 years for the new schools in support of community education, afterschool programs, and college/career technical education pipeline from Mott Community College starting in the third grade.

Thus, potential funding from the aforementioned sources alone totals $320 to $340 million. Contributions from other partners in the project would likely push the price tag for the initiative into the $400 to $500 million range.

The purpose of the project, according to the MOU, “is to develop and expand the framework for an education continuum in Flint which ranges from birth to college and career…”  It aims to “leverage federal, state and local dollars to create an exponential impact that goes beyond schools to whole neighborhood revitalization.”

A centerpiece of the FEC is construction of new schools—four new elementary schools and a new high school—and the renovation of two buildings, one for elementary students and the other for middle school students.  All buildings would be operated by FCS and located within the City of Flint.

The cost of four new elementary schools, with a capacity of 500 students each, is projected at $25 million each or $100 million total.  Durant-Tuuri-Mott would be renovated at a cost of $20 million.

The site of a 1200-student middle school is expected to be a renovated Doyle-Ryder building or one of the existing high school buildings, also to be renovated. The new high school would serve up to 1800 students where “juniors and seniors would be dual enrolled at MCC (Mott Community College).” All buildings, new or renovated, would be owned by FCS.

A 2021 FCS Strategic Plan would be extended to a 10-year plan “with milestone reviews at the 3-, 5-, and 7-year marks.”  The strategic plan would “include a strategy to address its facilities and infrastructure needs…”

White said he pounded out the first draft of the MOU on his own computer, despite a small army of employees at his beck and call. However, he noted the eighth and current iteration of the MOU includes input by many members of the community.

“I got to know Ridgway during the (Flint Farmers’) market move, and I know that he cares deeply about his hometown and wants to work with, not just for, the members of our community,” observed Richard Ramsdell, a retired career FCS educator and former manager of Flint Farmers’ Market.

White told EVM the FEC, inspired by Flint’s tragic water crisis, has been in the works for at least five years but got waylaid by events such as the COVID-19 pandemic, and changes in the FCS superintendent’s office. He said his confidence in FCS leadership has been buoyed by the ascension of Anita Steward, a product of FCS, to the district’s top position as superintendent.

White said the primary foci of the plan are education and employment.  Thus, he explained, it is critical to focus on K-12 education.

He said he is hoping to rally the support of all parties listed in the MOU toward the goal of getting their signatures on the document. White said the Mott Foundation will soon launch public engagement sessions to elicit community input about the plan.

The site of the now-abandoned Central High School/Whittier Junior High School campus, on Crapo Street. near the Flint Cultural Center (FCC), is clearly designated as the location for construction of the new high school.

Deemed an ideal location by many because of its proximity to MCC and the FCC, it nonetheless raises oft-expressed concerns by neighboring residents about matters such as pedestrian and vehicular traffic.

Allaying such concerns of area residents about the construction of a new 1800-student high school (and other schools) would be the responsibility of the City.  According to the MOU, the City would be charged with:

The MOU is rife with funding and programs that make clear FCS students are at the center of the FEC.

The State of Michigan would be tasked to “find ways to provide free internet access to all students.”

FCS has been plagued with debt, approximately $18 million at present according to the MOU, that is largely the result of an approximate $20 million loan taken out by the district in 2014.  The MOU indicates that the State of Michigan “will work (to) restructure and/or pay off the existing FCS private debt.”

FCS is currently working to eliminate its debt under a revised Emergency Deficit Elimination Program (EDEP) supervised by the Michigan Department of Treasury.

The plan, yet to be voted upon by the FCS Board of Education, could help rescue its school system from a decades-long descent that, in addition to its massive debt, is measurable:

Additional challenges include the residual impact of the Flint water crisis (2014-present) and the COVID-19 pandemic’s impact on delivering quality instruction.

“It is an understatement to say that the magnanimous level of support described within the memorandum of understanding is unprecedented,” said Paul Jordan, former member of the FCS Board of Education. “The plan would provide the children of Flint with facilities that are the equal of any in the county, and a support system that is tailored to the needs of students growing up in a challenging city like Flint.”

“This plan probably represents the greatest challenge ever for the Flint School District’s board, administrators, teachers, and staff,” Jordan continued. There can be no more toleration in the district for poor planning, lax administration, or indifferent performance at any level.”

“The district will have to deliver real excellence, and justify the faith of the plan’s partners, funders, and the parents who entrust their children to it,” Jordan concluded.