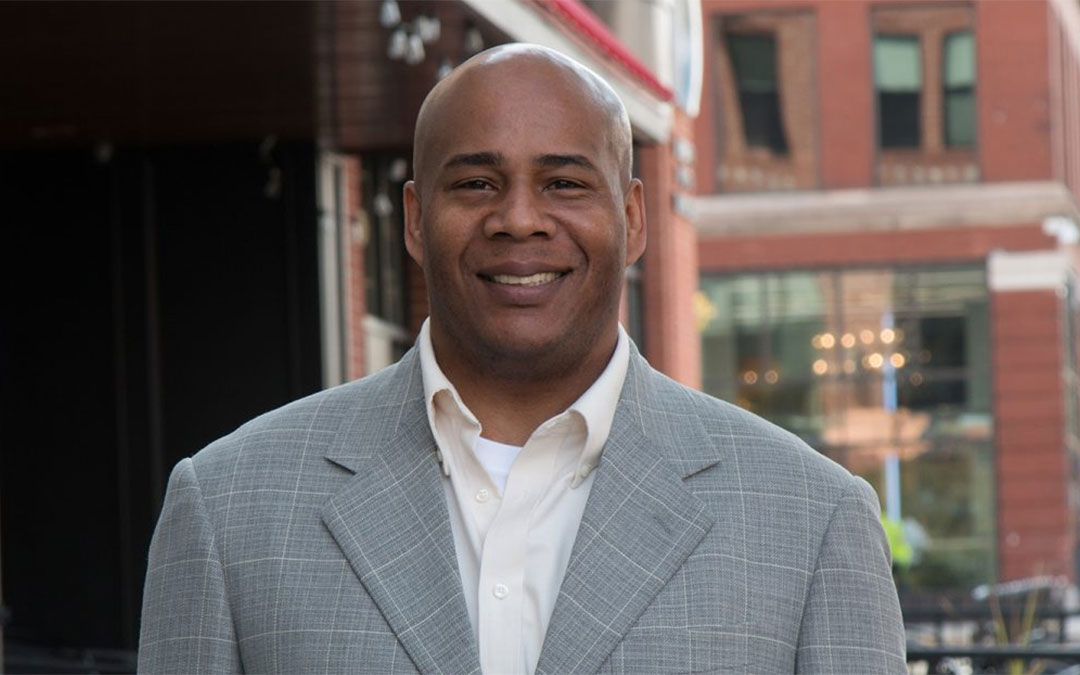 Christopher Jay Stallworth was born and raised in East Cleveland, Ohio the son of Lawrence W. and Christine Stallworth. He graduated in 1988 from Shaw High School.

Chris was a dedicated member of both our Flint and Education program teams. Most recently, he crafted the Foundation’s entrepreneurship programs for young people in Flint and across the country.

His work embodied Mott’s practice of shoe-leather philanthropy. He found great joy in connecting with the people and communities we seek to serve and in working with both kids and adults.

Chris brought to his work the unique perspective and background of his early working years as a CNC machinist at Robert Bosch Corporation, as well as the experience of pursuing his education. He earned an associate degree from Grand Rapids Community College. Then, while working full time, he transferred to Grand Valley State University and completed a double major in political science and English language and literature. He kept going and ultimately earned a master’s degree in public administration from Grand Valley.

In 2011, Chris took a position as a program coordinator with the Council of Michigan Foundations. He joined the staff of the Mott Foundation in 2013.

His lived experience gave him keen insights into our grantmaking, and his personal understanding of hardships faced by many in our society showed up in his advocacy for and connections with many of our grantees.

Though he was a native of Ohio, he referred to Flint and the Foundation as his adopted hometown and family.

Chris will be remembered at Mott for his ever-present smile and terrific desire to help. In his honor, and regardless of our allegiance to other schools, we will root for Ohio State this fall.

He is survived by his siblings, Lawrence Stallworth, Kendra Stallworth, Leah Stallworth, and his son Gregory A. Harris. Also, his 3 nieces Kristen Stallworth, Taylor Washington, Asia Brooks, Amber Brooks, and two nephews Amari Brooks, and Areef Washington. He has a host of family and co-workers that loved and cared for him. He was preceded in death by his parents.