Honoring Flint’s Pioneers (a little at a time…) 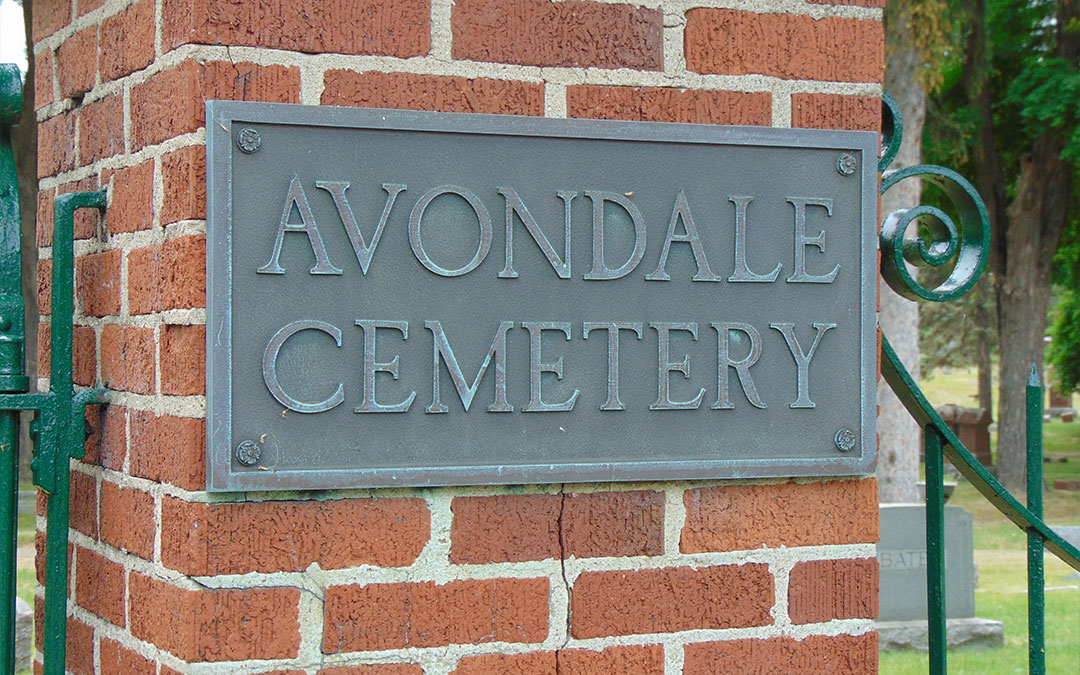 Aventine and Avondale Cemeteries are located on the near east side of Flint, just east of downtown. You’ve probably driven past them thousands of times and never noticed these old, abandoned, unkept, and largely ignored pieces of old Flint history as you drive by on I-475 or southbound Chavez.

Nestled at the corner of Geneseret and SB Chavez, bounded on the south by the old McDonald Dairy and on the north by the Armory, Aventine is largely surrounded by Avondale which stretches to the west bordering the rear of properties along E. Boulevard Drive.

Across Flint many of you have adopted a park, a lot, a street in your efforts to make your hometown a more pleasant and pleasing place to live. Enter John Peters and his wife, Marilyn Hurwitz, who are no different. Unless you consider the fact that the plot of land they have “adopted” happens to be two of the oldest cemeteries in Flint.

John is a retired Electrical Engineer and Marilyn is a Master Gardener who also volunteers her time with Edible Flint. They are, essentially, the caretakers of these cemeteries that were largely neglected and forgotten.

But first a little history.

Aventine Cemetery, the smaller of the two cemeteries, came to be as a family burial plot on the family farm just outside of the then Village of Flint. During the early years of the Civil War (1861-1862) the farm became a Civil War mustering ground for the nearby
area. Named Camp Thomson after Col. Edward Thomson who organized the Michigan 10th Cavalry, their camp was on this property from the east shore of the Flint River to what was then Richfield Road, now Chavez Drive, to Gilkey Creek. The camp was abandoned when the soldiers mustering there went south and to war.

Meanwhile the Flint City Cemetery (Hill Top) was established in 1842 when Flint was still a village.

Old City Cemetery was located at the corner of Avon and Richfield Road (now Chavez Drive). Roughly encompassing the area north of Longway where the Social Security office and Holiday Inn now stand. (See map above) By the 1950s trash and overgrown weeds had taken over as City Cemetery had been abandoned.

The city decided to redevelop the land.

The property was sold to Albert J Koerts in 1958. The remaining bodies of the old City Cemetery were reburied in Avondale along with 122 grave markers. the more prominent citizens of Flint that had been buried at City Cemetery were moved to Glenwood Cemetery on Court Street. Leaving the Middle and Lower classes of their day to be moved to Avondale and New City Cemetery.

Around 1200 remains were reinterred at the New Flint City Cemetery at the corner of Linden Rd and Pasadena Avenue. Around 925 of the remains were unknowns. Bodies had been buried on top of each other. Some of the remains exhumed were wearing buckskins. Records of who had been buried at Old City Cemetery were destroyed by a fire at the old City Hall.

The section where the gravestones were moved inside Avondale is called Pioneer’s Row. The stones are arranged in two, close together rows, in a way that suggests, unfortunately, that stones and bones may not correspond to one another.

Later, in 1985, the remains of more than twenty-four bodies were found during construction of the basement of Holiday Inn Express on Longway Boulevard. They were eventually reburied at the New Flint City Cemetery.

Rumors abound that only the gravestones were moved to Avondale, meaning the remains of some of Flint’s earliest residents may still be lost under Flint buildings and parking lots. We may never know the complete truth.

But enough of the history lesson. How did it come about that John and Marilyn “adopted” the two cemeteries?

As it happens, Marilyn lived in a nearby neighborhood as a child and was friends with the daughter of the Sexton of Avondale Cemetery. She also had fond memories of playing in the cemetery with her friend as a young girl. About two years ago Marilyn took her then gentleman friend, John, to the cemetery and the neglect and disrepair broke her heart. Marilyn, also being a member of the Genesee County Historical Society, knew something had to change. Having discussed her feelings with John he decided that since he was retired and “wasn’t doing anything” that he’d do something to bring about some change.

I became interested when I noticed earlier this Spring that a section of the wrought iron fence had been painted. (I drive past the cemetery nearly every day.) I knew that the owners of the cemetery were unlikely to be behind this improvement, so I decided to investigate further. As time went by, I would see John painting the fence, but I was usually on my way somewhere else and had no time to stop. I then put my camera in my truck and vowed to stop the next time I saw John working on the fence. That happy occurrence came to be in the middle of May this year.

John has now repainted all 560 feet of the fence along Chavez Drive and the difference is stunning. John has also invented and built a lifting device to re-set and repair gravestones which have been vandalized or otherwise toppled over the years. He and his grandson have also removed graffiti painted on some stones .

John has removed downed trees and brush and can often be seen either mowing the grass or using a weed whacker in areas that a mower dares not enter.

While Flint owns Aventine Cemetery, Avondale is owned and operated by Covenant Cemetery Services. The city mows Aventine a couple of times a year and often mows Avondale at the same time. Obviously, twice a year is not enough. John Peters takes up the slack.

Perhaps it is time for the Historical Society, or some other non-profit to take an interest in these hidden and largely forgotten plots of Flint History. Even a few dozen volunteers to help John out around the grounds would be welcome.

Until then, many thanks from this publication and the citizens of Flint, particularly those who may have ancestors buried in either cemetery.

A final note: Aventine and Avondale contain among the largest collection of Civil War Veterans’ graves outside of National Cemeteries in the US. There is even a Revolutionary War soldier interred in Avondale. There is quite a bit of Flint and American History to be learned at these cemeteries. I encourage you visit and take a walk around. 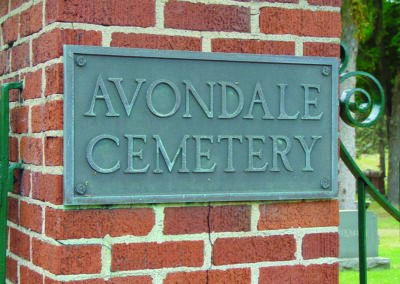 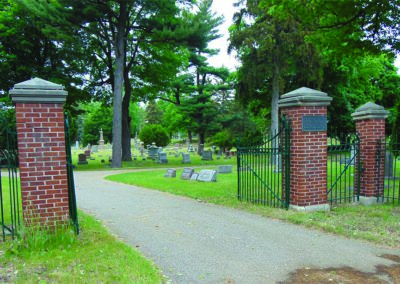 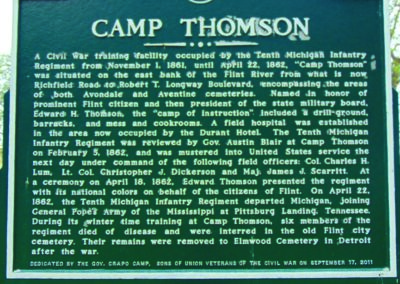 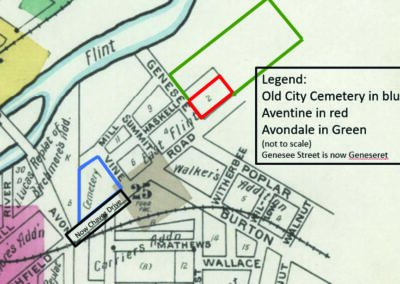 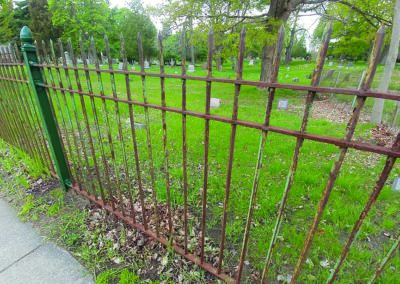 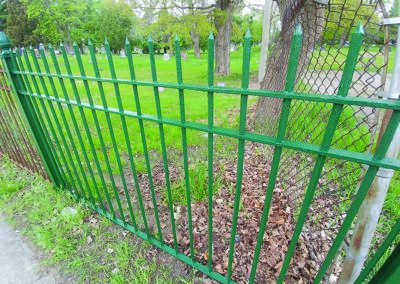 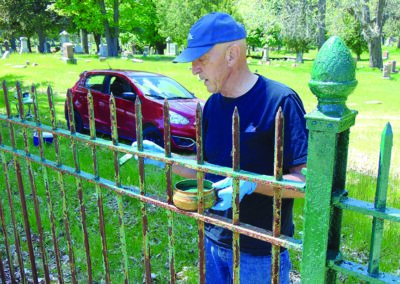 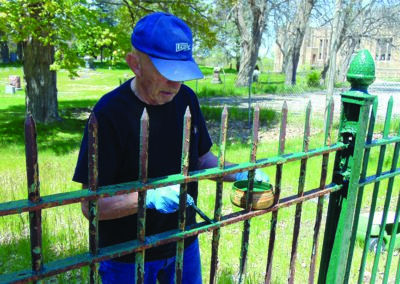 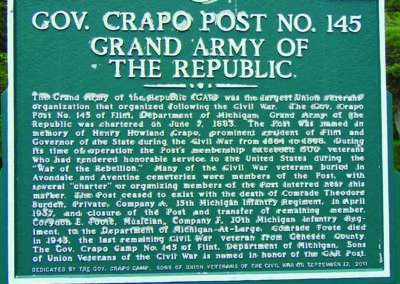 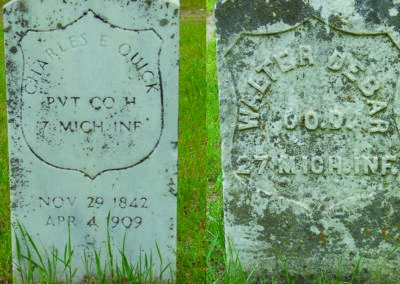 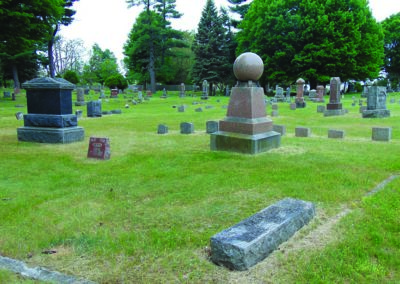 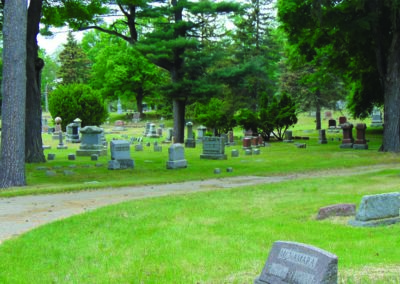