Zoning and Why it’s Important to You 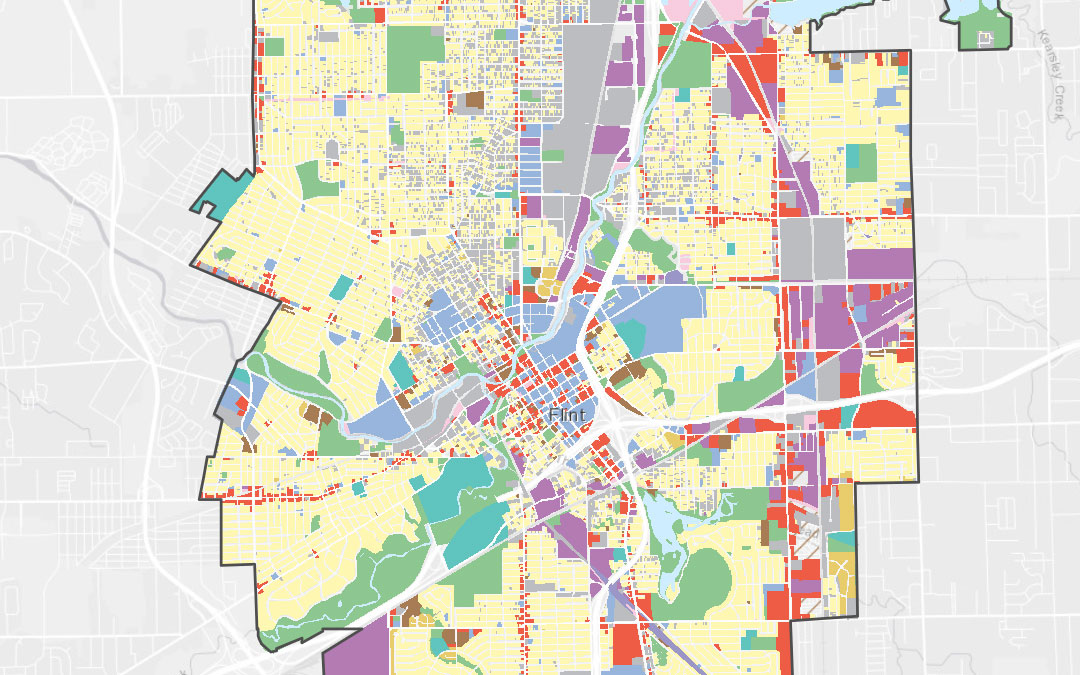 Zoning. It’s a topic that many find boring but is one that has a tremendous impact on daily life in Flint. Every new building, every major renovation, every new business is governed by the zoning ordinance. Today, the City is operating off a zoning ordinance written nearly a half century ago, in 1974. 1974 was an era in Flint of inequitable planning decisions that we still live with today. This was the era when I-475 was built, and in the process, demolished scores of Black neighborhoods, along with other “urban renewal” projects that have hurt our city dearly to this day were pursued.

Under Michigan law, zoning ordinances should be based on a comprehensive plan which should be adopted every 20 years and updated every 5 years. Flint’s current ordinance, rooted in the 1960 Master Plan, is well out of date and it’s time we had an ordinance that reflects the needs of Flint in 2022. How can we make it easier for individuals to combine and purchase lots if they live in a neighborhood with an abundance of vacant land? How can we make it easier to build new homes for Flint residents in all parts of our city? How can we make it easier for Flint residents to walk, bike, or take public transportation to where they need to go? All these possibilities are impacted by zoning.

After nearly 5 years of hundreds of public meetings, countless revisions, and many other engagement efforts, in 2017, the Flint Planning Commission adopted a new zoning ordinance based on the 2013 Imagine Flint plan.

You can see a copy of this ordinance at https://www.imagineflint.com/. This ordinance, the first full rewrite of our zoning laws in almost 50 years, reflects the input of thousands of Flint residents putting in thousands of hours to help make sure that how our land is used benefits the residents of Flint today. This ordinance however still needs to be adopted by the Flint City Council, and to help share why this ordinance is so important and why so many of us feel that it should be adopted, Flint Residents for Stronger Neighborhoods (FRSN) was formed as a resident-led, grassroots effort to make sure that people from every ward of this city were involved in taking the lead getting this ordinance adopted.

We know already how impactful resident input can be in shaping our land use laws. For example, in an earlier version of the zoning ordinance, it was proposed that new home construction would not be allowed in areas labeled Green Innovation zones. Residents at the time organized, made their voices heard, and got this changed in the ordinance so that today such construction would be allowed by-right. Flint Residents for Stronger Neighborhoods believes in the power of ordinary residents to shape their neighborhoods and is looking to carry forward this same spirit of resident engagement and empowerment. No one knows better what their neighborhood needs than the people who live in it.

If you are interested in joining us, we will meet next on February 21st, 2022 at 6pm. The meeting may be in person or via Zoom, depending on conditions of the pandemic at that time. To join, just email flintrsn@gmail.com or call (810) 358-7886.