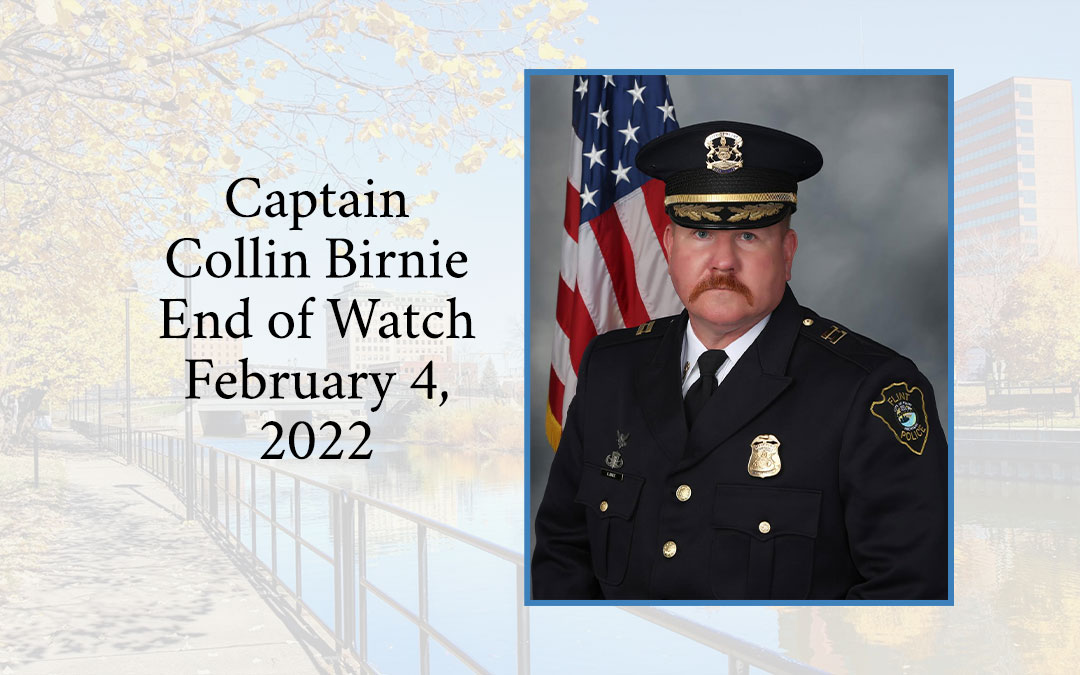 Captain Collin Birnie was killed in a vehicle crash on Elms Road, between Mount Morris Road and Francis Road.

An oncoming vehicle was attempting to pass other cars when it lost control and struck Captain Birnie’s department vehicle head-on.

Captain Birnie was a U.S. Marine Corps veteran of Operation Desert Storm. He had served with the Flint Police Department for 26 years. He is survived by his wife and two daughters.

Captain Birnie served 26 years for the Flint Police Department, was an avid hunter and enjoyed being in the woods whenever he could. He also enjoyed fishing and watching football.