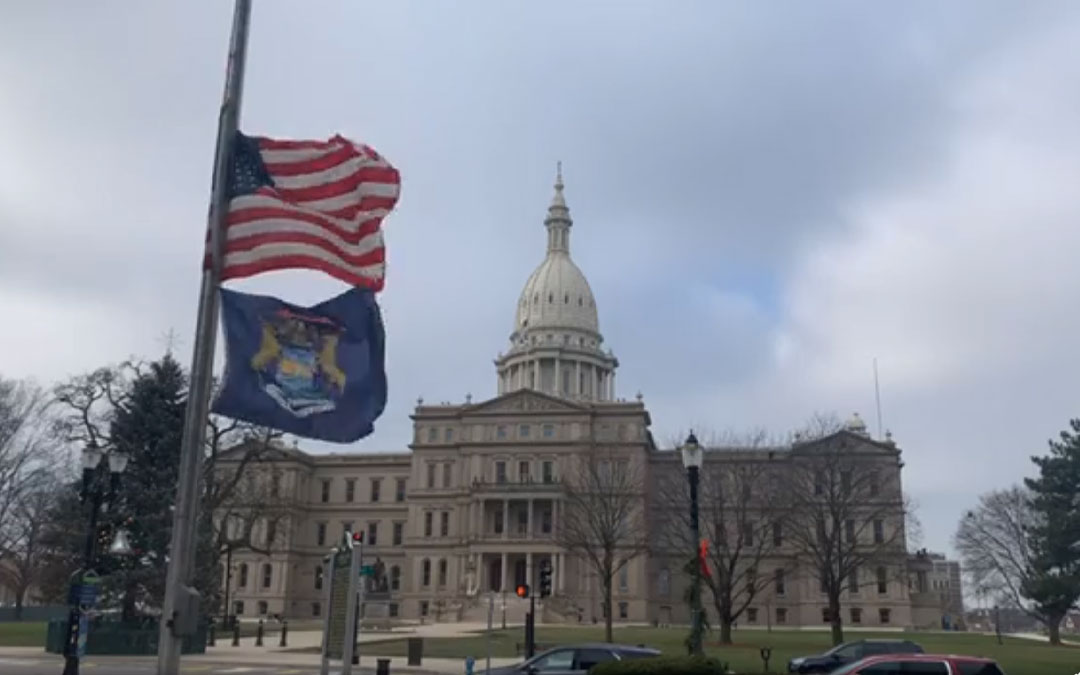 Governor Gretchen Whitmer ordered U.S. and Michigan flags within the State Capitol Complex to be lowered to half-staff on Wednesday, February 23, 2022 in honor of former state Representative Woodrow Stanley, who passed away at the age of 71 years. The flag-lowering coincided with the date of his funeral.

“Woodrow was a lifelong public servant who served his fellow Flintstones for decades on City Council, as Mayor, as County Commissioner, and in the Michigan Legislature, where we served together,” said Governor Whitmer. “My thoughts are with his family and friends, and those of us who were lucky to call him a friend.”

Woodrow Stanley served a lengthy career in public service. In 1983, he was appointed to Flint City Council. Afterward, he served as president of the Michigan Municipal League. In 1991, he was elected as the mayor of Flint. In 2004, he began serving on the Genesee County Board of Commissioner’s. In 2009, Stanley began his six years of service in the Michigan House of Representatives.

Woodrow Stanley passed away on Wednesday, February 16 at 71 years.

The State of Michigan recognizes the duty, honor, and selfless service of former state Representative Woodrow Stanley by lowering flags to half-staff. Michigan residents, businesses, schools, local governments, and other organizations were also  encouraged to display the flag at half-staff.

To lower flags to half-staff, flags should be hoisted first to the peak for an instant and then lowered to the half-staff position. The process is reversed before the flag is lowered for the day.

Flags were returned to full staff on Thursday, February 24, 2022.