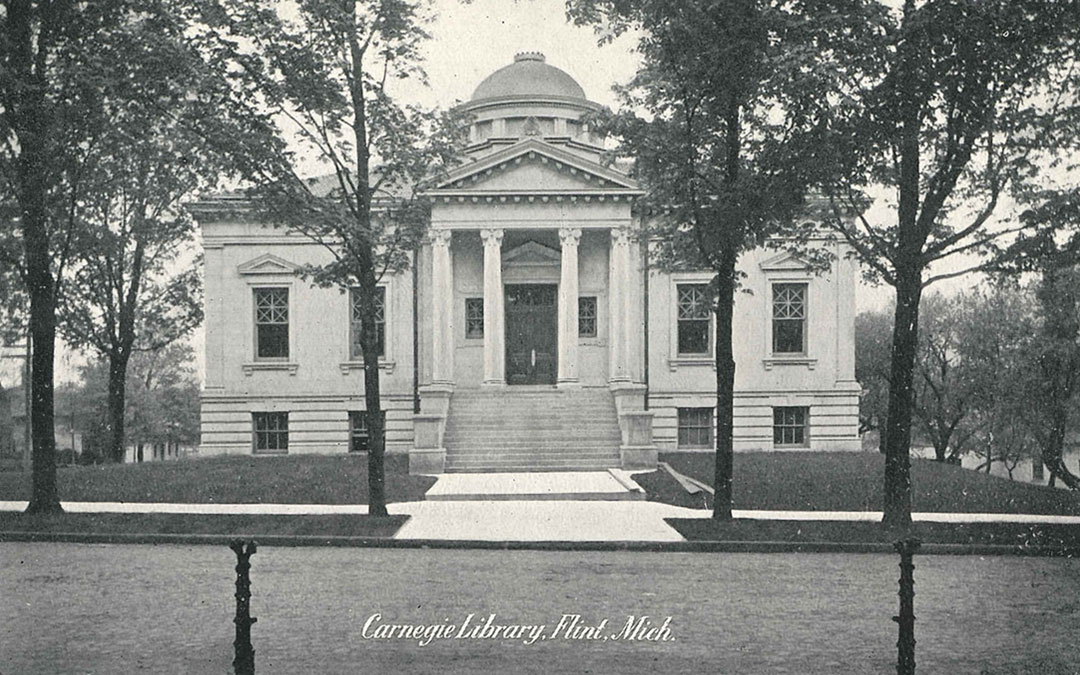 In anticipation and happiness that the Flint Public Library will re-open on Kearsley Street in the Cultural Center of Flint, we thought we’d go a little back in time when there was another Flint Library located on East Kearsley Street.

In the early 1900’s, the famous philanthropist, Andrew Carnegie, devoted his life’s earnings to a multitude of things, but most notably, libraries.

Carnegie’s efforts led to 3,000 libraries being built throughout the United States, Britain, Canada, and other English-speaking countries.

Flint was lucky enough to be touched by Carnegie’s generosity.

In 1902, Flint was gifted a beautiful Carnegie library, which was located on the corner of East Kearsley Street and Clifford Street.

The library was a large, stone construction building, suggestive of Greek style.

The Carnegie libraries were known for their large entry stairways, which was meant to symbolize a person’s elevation by learning.

Outside of the library, stood a lamppost or lantern, which symbolized enlightenment.

This beautiful piece of architectural history was later demolished in 1960, shortly after the new building was erected in 1958.

Buildings (especially in America) can be fleeting, but knowledge and education last forever.