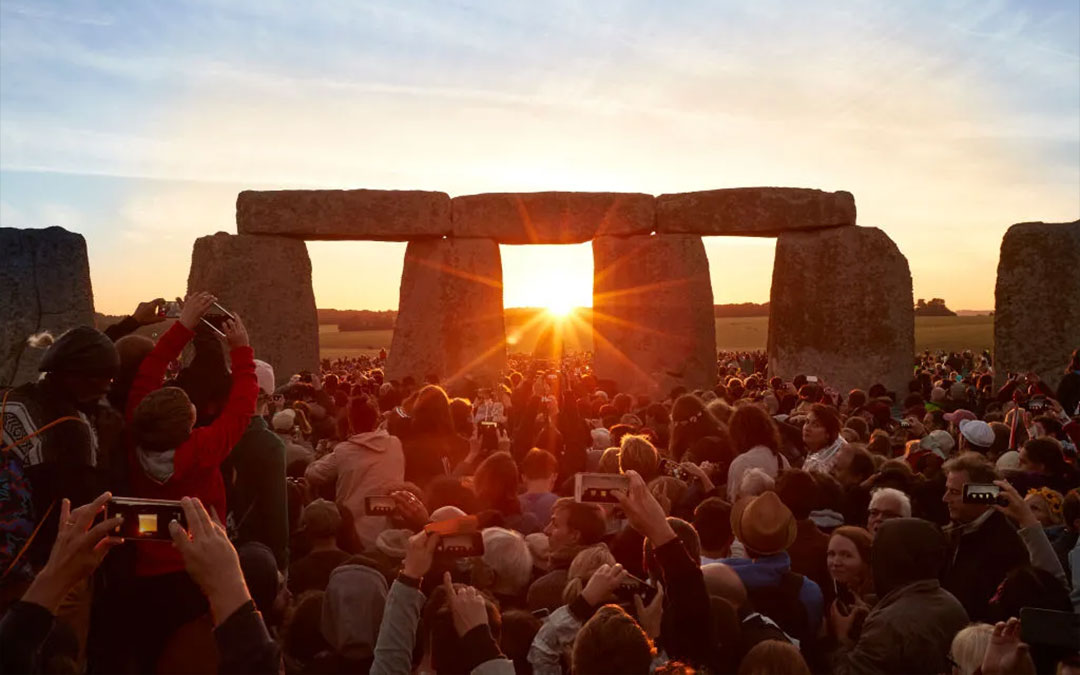 The Summer Solstice occurs on June 21, indicating  the start of Summer in the Northern Hemisphere.

It occurs when Earth arrives at the point in its orbit where the North Pole is at its maximum tilt toward the Sun, resulting in the longest day and shortest night of the calendar year.

In the Southern Hemisphere, the June solstice marks the beginning of winter.

The word “solstice” comes from Latin solstitium—from sol (Sun) and stitium (still or stopped). Due to Earth’s tilted axis, the Sun doesn’t rise and set at the same locations on the horizon each morning and evening; its rise and set positions move northward or southward in the sky as Earth travels around the Sun through the year. Also, the Sun’s track in the sky becomes higher or lower throughout the year. The June solstice is significant because the Sun reaches its northernmost point in the sky at this time, at which point the Sun’s path does not change for a brief period of time.

After the solstice, the Sun appears to reverse course and head back in the opposite direction. The motion referred to here is the apparent path of the Sun when one views its position in the sky at the same time each day. Over the year, its path forms a sort of flattened figure eight, called an analemma.

Of course, the Sun itself is not moving,  instead, this change in position in the sky that we on Earth notice is caused by the tilt of Earth’s axis as it orbits the Sun, as well as Earth’s elliptical, rather than circular, orbit.

Again, the Summer Solstice is the day with the longest period of sunlight. Notice how the Sun appears highest in the sky at the solstice; its rays strike Earth at a more direct angle, causing the efficient warming we call Summer.

Because the Sun is highest in the sky on this day, you’ll notice that your shadow at local, or solar, noon, not clock-time noon, is the shortest that it will be all year.

As an aside; In England, at Stonehenge, where thousands gather to experience the Summer Solstice, the Sun rises behind the Heel Stone in the northeast part of the horizon and its first rays shine into the heart of Stonehenge.