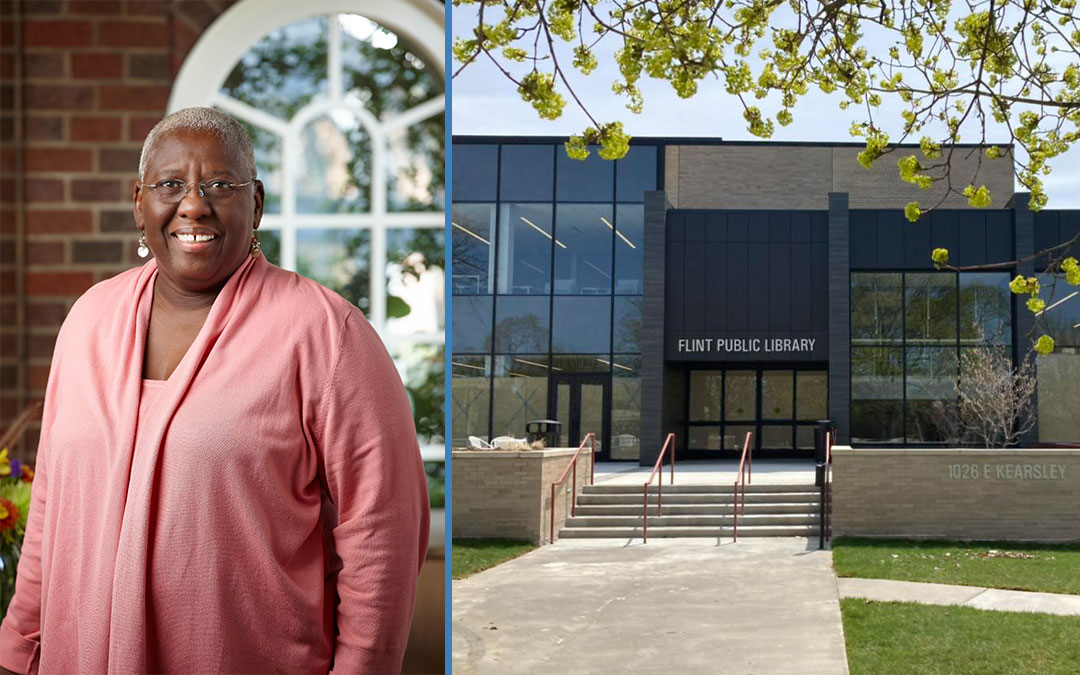 In response to a grassroots initiative, Flint Public Library Board of Trustees has unanimously voted to embark on a process that will rename the library.

Once the legal groundwork is in place, the new name will be the Gloria Coles Flint Public Library.

Gloria Coles became the Director of Flint Public Library in April 1984. She was the first African American woman to hold that position, and she spent the next 20 years living into her vision of what a library should be and do for the community. Under her leadership, the library raised funds and built an 8,750 sq. ft. two-story addition to the main building in 1990.

This was the first (and last) significant building project from the time the building was built in 1958 until the recent renovation began in 2020. She also guided the library during its transition from Board of Education governance to its status as an independent district library in 1999.

Working with a supportive Board of Trustees, Coles spearheaded a successful millage campaign in 2002 that provided the library with two mills of funding in perpetuity, in addition to renewable millages that have been approved by voters ever since. “Ms. Coles led the library through a significant funding transition” says Norm Bryant, a member of the grassroots Gloria Coles Initiative. “I think it’s fair to say that without her hard work to secure public funding through the millages, the library would not be here today. That is part of her legacy, and one of the primary reasons we wanted to name the building in her honor.”

During Ms. Coles’ tenure, Flint Public Library won the prestigious John Cotton Dana Award for outstanding public relations. It also received the 2004 National Medal for Museum and Library Service from the Institute of Museum and Library Services, the highest honor conferred upon museums or libraries for “above and beyond” service to the community.

Ms. Coles was an inspiring leader, a tireless advocate, and a force for change,” says Board President Reta Stanley. “She retired in 2004 but has been actively involved in the community and with the library ever since. We often choose to honor significant people after they have passed away, but it is far better to do so while they are alive. Therefore, the Board of Trustees was pleased to vote unanimously in favor of this name change.”

“I am truly humbled by this proposal coming from members of the community,” said Ms. Coles. “After much thought and some soul-searching, I agreed to the renaming. The possibility that the name of an African American woman on a revered institution might be encouraging to subsequent generations of Flint youth and shine a light on the contributions of African Americans to the City. was persuasive.”

Flint Public Library has served this community since 1851. Our vision is to be Flint’s go-to place to learn for life. We encourage formal and informal learning for all ages, in all mediums, for all of life.